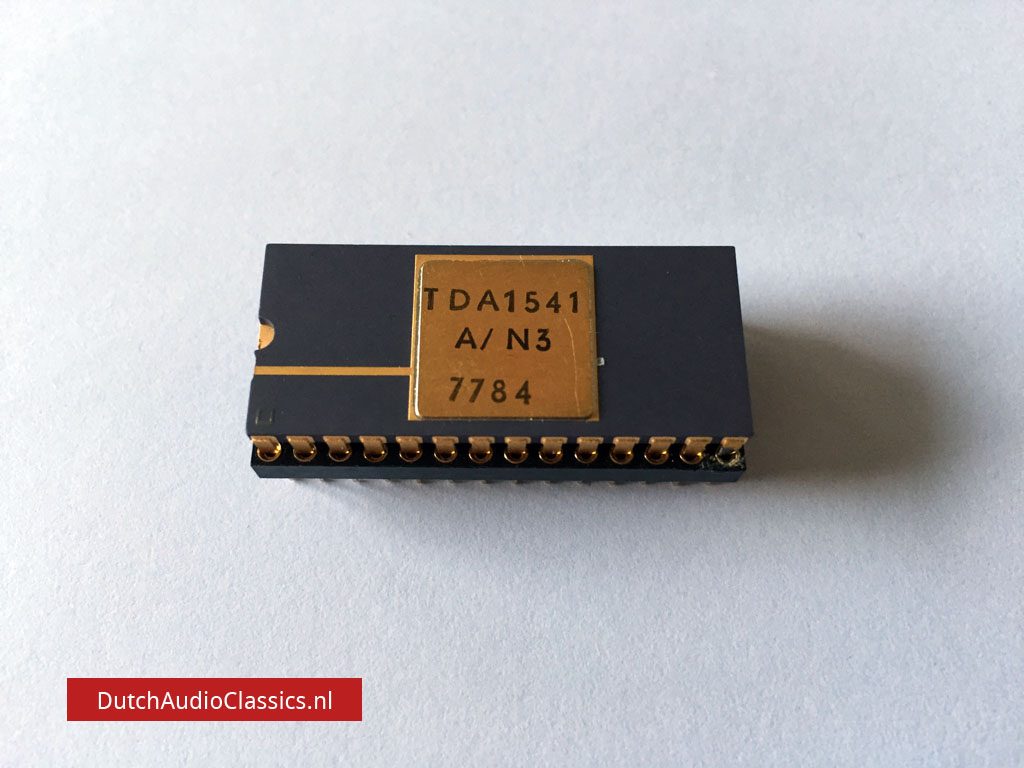 What is a TDA1541 DAC?
The TDA1541 series are multi-bit DACs employing a DEM (dynamic ekement matching) circuit.
What is DEM?
To put it simply, DEM (patented by R. van der Plassche) is a superior system developed by Philips technicians that employes 4 to 5 current sources inside the DAC applied in turn to achieve a 1/4 to 1/5 reduction in DAC conversion errors. At first, the TDA1541 was used in combination with the Philips-made SAA7220P/A 4x over sampling digital filter (a noise shaper circuit was not required and was not used).
When and where was the TDA1541 produced?
The TDA1541 (non -A) was launched from 1985 to 1988, and it had no grades. The TDA1541 was specified for exceptional 1/2 LSB linearity. The TDA1541A was produced from 1988 to 1998.
The silicon wafer of the TDA1541 were produced at Philips Nijmegen. Final assembly was at plants in Holland, Taiwan, China or India.
What grades does the TDA1541A have?
The TDA1541A has 4 grades: standard, The R1, the S1 single crown and the S2 double (or gold) crown.
What does the grades mean?
The (standard) TDA1541A is specified at THD+N of 0.8% (-42 dB). The TDA1541A S1 and TDA1541A S2 grades are specified at THD+N of 0.45% (-47 dB) at -60 dBFS. In addition, S2 is specified for THD+N of 0.0014 % (-97 dB) at full level, as opposed to 0.0018% claimed for non S2 grade. The S versions are guaranteed by Philips for this performance, but that does not mean that non S grades can not match the same performance level. Apart from S grades there is also R1 grade. However Philips documentation is a little confusing about it – sometimes it is slightly better specified than unmarked TDA1541A, sometimes it is inferior.

There will still be intrinsic errors in DAC linearity due to the tolerance in the alignments of the various masks during the IC production process. As further fine-tuning of the DACs is not possible, Philips has adopted a grading process to pick out those which offer the best performance. When the finished doped and etched silicon wafer emerges from the semi-conductor plant, it carries many dozens of individual DACs. A computer-controlled tester, consisting of 28 needle probes, then connects to the appropiate pads on each raw DAC die, providing power and supplying serial data from a CD player. If a DAC fails to work in this go/no-go test, the result being no analog music output, it is marked with a paint spot. Automatic machinery then slices the wafer into the individual dies and mounts those that passed the initial test in the familiar 28-pin DIL plastic package.

At this stage, the finished TDA1541 ICs are graded by a computer-controlled test station into three classes.