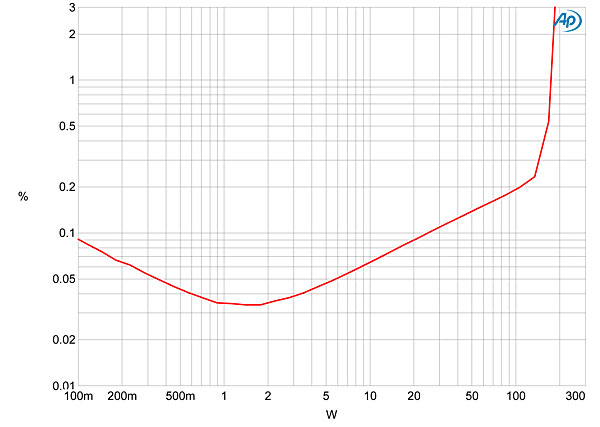 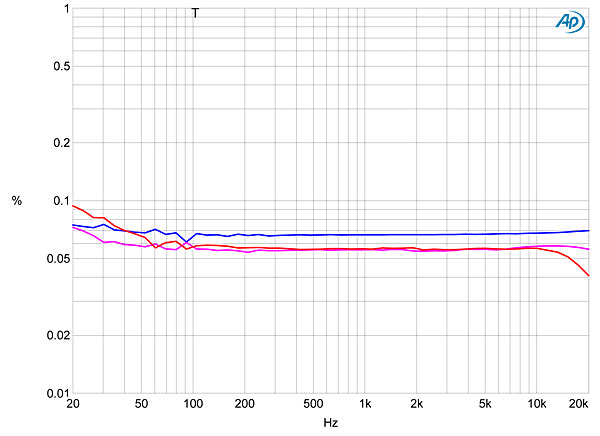 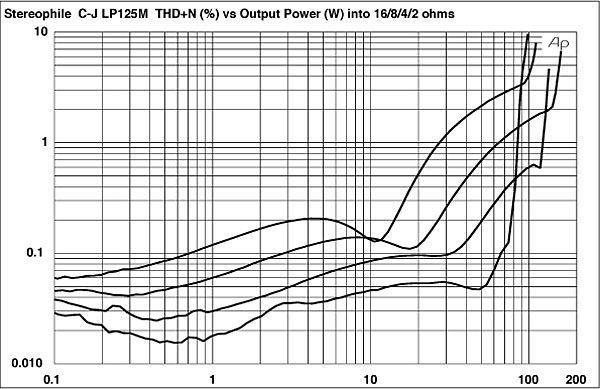 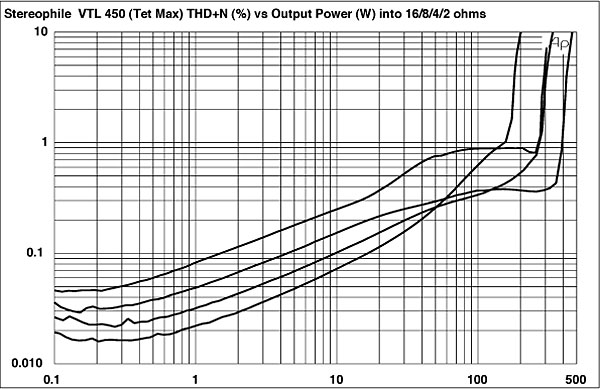 soundstaging, soundstage presentation The accuracy with which a reproducing system conveys audible information about the size, shape, and acoustical characteristics of the original recording space and the placement of the performers within it.

soundstage shift Apparent lateral movement of the soundstage when listening from either side of the sweet spot.

imaging The measure of a system’s ability to float stable and specific phantom images, reproducing the original sizes and locations of the instruments across the soundstage. See “stereo imaging.”

The Hercules is a tremendously powerful amplifier that sounds as musical as a single-ended triode tube amp.

Most Significant Product Introduction
The new line of electronics from Constellation Audio is perhaps the most ambitious assault yet on the state of the art in audio amplification. This Australian company who brought us the Continuum turntable has engaged a team of the world’s best designers (including John Curl, Bascom King, and Demian Martin, with Peter Madnick as the project leader) to create no-holds-barred products. The company showed the Hercules monoblock amplifiers ($70,000 each) and Altair preamplifier ($65k), which are now in production and received their North American debut. The Altairs are the largest power amplifiers I’ve ever seen, and are rated at 1100W into 8 ohms and can double their power as the impedance is halved. A 240V line is required to guarantee this output power. The design and build quality of these products is unprecedented; the Hercules’ chassis is machined from two solid blocks of aluminum that fit together to form an apparently seamless monolith. The circuitry inside is isolated in encapsulated modules and then suspended on a compliant platform. Every other aspect of the design is executed with fanatical attention to detail. Watch for a preview soon. 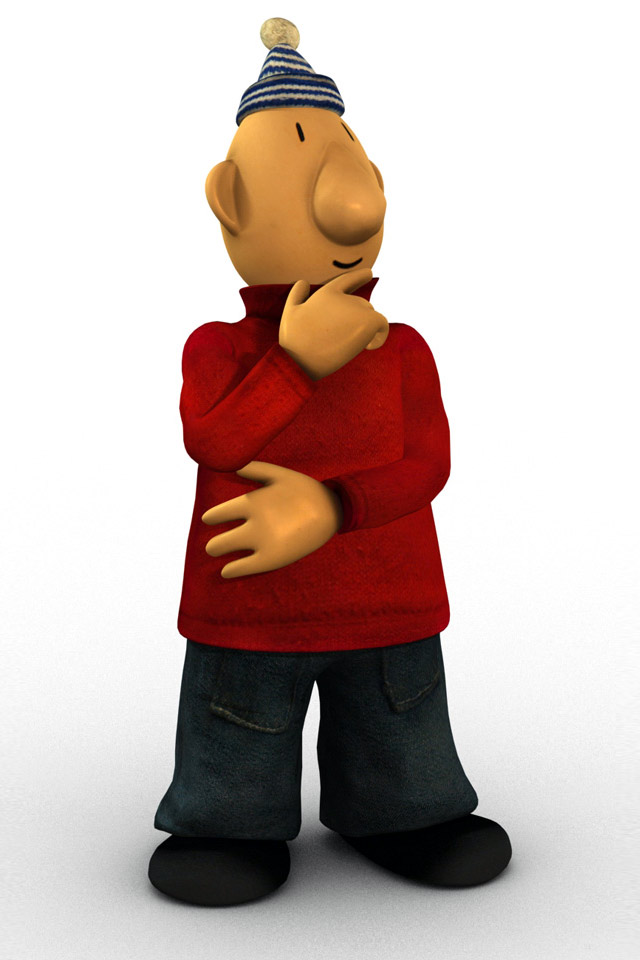 The following reflects the current state of my understanding, and in some cases, my opinion… I welcome and very much value other points of view.

Max, regarding B&W and Color : Actually we do agree here ; I did not write (nor mean to suggest) that one could replace the other. They most certainly cannot substitute each other.

Paul, please bear with me ; this does get back to audio.

When you view a B&W film, your eyes register contrast. This contrast renders the scene legible without color. However, a color film without contrast would be illegible.

Without contrast, color is of no interest.

It is contrast not color which defines space.

In the first image, all the color information was removed, but all the contrast was preserved.

In the second image, all the contrast information was removed, but all the color was preserved (meaning that all color was brought to the same level of contrast… You can see how little color info this image really has)

Whether you view a film, or listen to music, your mind is actually reading space (I am not referring to the recording space) ; The writer or composer sets up immagery through which your mind navigates. It does not matter whether you see the input or hear it or both, you mind is on the move.

Contrast, is fundamental to the perception of this space or any other space.

Color is fundamental to the perception of… color. It is an additional but subordinate level of information.

Yes space can have color, and yes color can help or hinder the definition of space.

The term relative contrast (as opposed to absolute contrast) refers to the contrast within a scale defined by a given situation. Your mind auto-calibrates to these scales.

My point in the example of the black and white film is that even though life happens in “Living Color”, the mind calibrates to this limited set of information, and in the case of a good film, the mind recognizing it has what it needs, takes that information, and runs with it.

How does that translate to audio ?

A musical performance may contain many times more information than the creator intended to convey.

Again, this is my opinion :

It is not necessary or even desirable that a system reproduce all the information of the live event.

Yes some of this information is of interest, but this is not the meat of what allows perception.

The principal element of what allows perception of sound can only be put forth in terms of relative contrast.

It is difficult enough to assemble a system that completely renders all information the performer intended to convey in just these terms.

Just as in a painting, until relative contrast is mastered, the addition of color serves only to further pollute the message.

What I’m saying may sound obvious, but consider how many expensive systems you’ve heard that are capable of rendering micro-detail, without completely nailing the basics.

With problems of this magnitude, the rendering of a finer level of detail is as ridiculous as dressing a pig in a Chanel gown.

Regarding the possibility to replicate a live performance via HiFi :

The musician uses his musical instrument to produce sound. The musician does not try to get the sound of a cello from his instrument unless it is a cello (or a synthesyzer). The HiFi guy on the other hand uses the one membrane of his Mid Range driver to produce the sounds of half the instruments in an orchestra, sometimes all playing at once !

It is said that “a good driver can handle the simultaneous reproduction of more than one sound”… Hold that thought, I’ll get back to it.

When you think what a Mid Range driver is being asked to do in the case of an orchestral performance, even the crappiest of drivers is at first glance performing what seems to be a miracle ; something way beyond what the technology involved would suggest. How can a piston moving in two dimensions start, stop, and change direction fast enough to produce the sound of all those instruments playing at once?

The answer is simple, and it is not a miracle ; This is possible only because the human ear is also a one membrane system, in a way, a mirror of that one driver.

When we listen to live performances, the membrane of our ear is being pressured by the natural sum of several sounds. From this, our brain re-assembles a sound image.

The fact that to our ear, a driver can mimic the symultanious reproduciton of more than one sound, does not mean that it is producing several sounds. It is producing the sum of several sounds, first summed by the microphone(s) and all the recording gear, and then sent as a summed package via all our play back gear to act on the drivers membrane, finally pressurizing the membrane of our ears. The difference : In the case of a live performance, our ear is allowed to sum the input, and our brain processes this raw information directly ; In the case of HiFi, the summing has already been done, and our brane is asked to extrapolate a line of pre-summed information.

To hope to reconstruct the original picture from information that has been completely altered (in different ways with each recording) seems ridiculous.

For this reason, if one day somebody does succeed in reproducing the sound of a live performance via HiFi, I would not be surprised to see they started by creating a recording consisting of several channels, each one carrying the information from only one instrument. This multi-channel recording would then be played back via a corresponding number of dedicated drivers set up where the instruments were found (relative to each other) at the time of the original event, leaving it to our ears and minds to sum and decode the total. 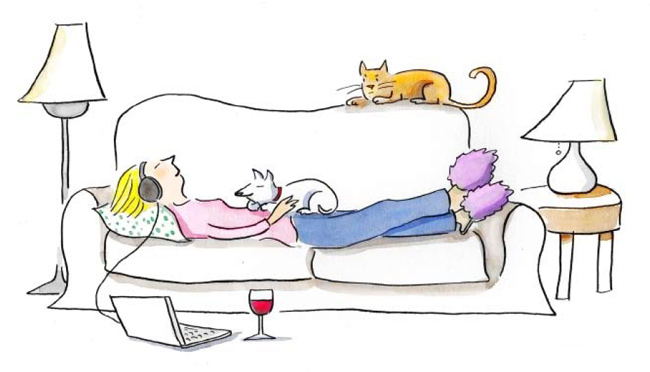 An Interview with Duke LeJeune of AudioKinesis 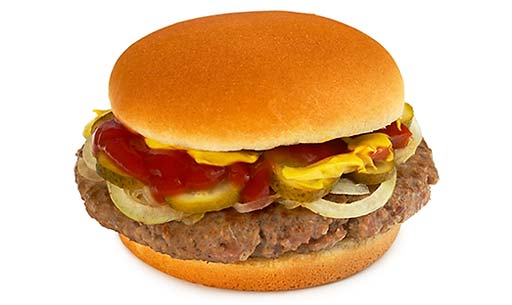